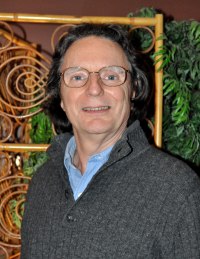 Hi, I'm Peter Rose, an aspiring author of sorts. I like to write, but I don't like to market. So, I remain unpublished but content with the creative process of putting my thoughts down onto paper.

I was born in Chicago, Illinois in 1949, and graduated in 1972 from Eastern Illinois University, Charleston, Illinois with a B.S. in Physics. After graduating, I moved to Portsmouth, NH, opened a karate school, and still teach to this day.

I retired in 2015 after a 33 year career as a senior software engineer, designing and developing Enterprise Java web based business applications.

I've been writing my dreams down on paper since my first science fiction story when I was only about twelve. I joke that I must be one of the most diverse unpublished writers in the world with a dozen book length manuscripts in various stages of completion covering such genres as dramatic fiction, software engineering, romance, business, martial arts, philosophical inquiry, backgammon, interior decorating, and cooking.

After maturing my fiction skills over two previous novels and thousands of pages of writing, many have told me that my book Too Late For Later is "the one". Whether it is or not will remain to be seen.

Because I know I have little patience for the marketing process, I've always just written for the personal satisfaction I get from the challenge. It's not important that I get published either. It's only important that I write, and that my writing is good.

You know, if every athlete had to get to the Olympics to feel validated, then we'd have a pretty sad bunch of weekend warriors. Would it be nice to get published? Sure it would. But as soon as writing one thing, I'm on to another. It's the process of writing that's fun. I don't need Olympic validation for what I enjoy doing.

I can be reached via email: zzrose-at-yahoo-dot-com